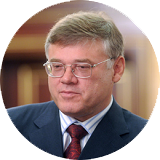 Alexander Abramov is a Russian entrepreneur and the Chairman and majority shareholder of The Evraz Group. He is a member of the Russian Government’s Council of Entrepreneurs, a board member of the Moscow Institute of Physics and Technology, and the founder of a philanthropic organization devoted to the development of innovative education in the natural sciences. Mr. Abramov is a dedicated fisherman and conservationist. For many years he has been actively involved in the preservation of Siberian Taimen at his own fishing base, Konin Lodge. 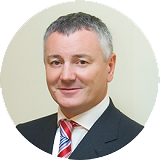 Vladimir Rybalchenko is the former CEO of the OJSC ‘Ring Road – Lenoblast’ (2002-2016), and the owner of ZAO Northern Rivers (House of Salmon) which owns the fishing rights for Atlantic salmon and sea trout on four rivers of the Kola Peninsula: Kharlovka, Rynda, Vostochnaya Litza and Zolotaya. ZAO Northern Rivers oversees a unique scientific and tourism project that helps to conserve wild Atlantic salmon and sea trout populations while promoting sustainable management of water reservoirs. Mr. Rybalchenko owns the renowned British sporting equipment store Farlows, which operates franchises in Moscow and St. Petersburg. His hobbies are hunting, fishing, and Russian billiards. 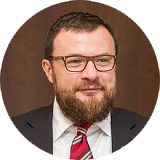 Ilya Sherbovich is a Russian entrepreneur, and the President and Managing Partner of UCP Investment Group. Mr. Sherbovich is a board member of the Wild Salmon Center, the world’s largest charitable organization for wild salmon conservation. Since 2006, he has owned the Ponoi River Company (PRC), a fishing and tourism business that operates in the Murmansk region. PRC owns the license for recreational fishing for Atlantic salmon on 80 km of the Ponoi River in the Kola Peninsula. Under the leadership of Mr. Sherbovich, the Ponoi River Company has developed Ryabaga Camp into a world-class angling destination. PRC is actively engaged in working to protect wild salmon by promoting catch & release, preventing poaching, and supporting a broad spectrum of associated conservation and ecological initiatives.